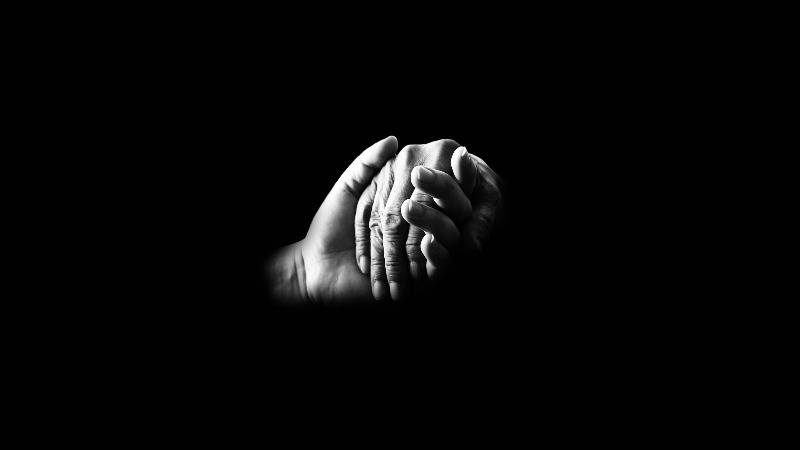 There is a wealth of academic research in the field of ‘compassion’ – particularly in the nursing arena and now spreading to other conventional medical fields too and it is becoming firmly established that love, kindness, compassion and altruism are all associated with positive health benefits for those giving and receiving these beautiful acts. These benefits impact us on every level; mentally, emotionally, physically and of course spiritually.
Naturally, those of us working in the complementary medical and natural healthcare fields intuitively know all of this and more. Speaking very personally, I have to say that I am constantly and consistently astonished by the profound kindness and compassion I witness every day by observing the work of our wonderful members here at The Complementary Medical Association – I know that I am deeply privileged to be able to interact with these incredible selfless people – and I am eternally grateful.

Furthermore, when we are able to embrace positive emotions – when we feel good, our thinking becomes more creative, integrative, flexible, and we are so much more open to information. To illustrate this, a study conducted in 2003 by Fredrickson demonstrated that positive emotions dramatically enhanced psychological and physical resistance[2].

Health benefits for recipients (those who receive compassionate love)

Most of us innately sense that compassion, love, and social support have health benefits for recipients and research bears this out too (Ainsworth et al., 1978; Harlow, 1958). There is the famous “Bunny Love Study” (my name for it – do forgive me!). In this study, researchers in the late 1970s were studying the effects of a diet high in fat and cholesterol in rabbits. During the study a rather strange anomaly became apparent: One subgroup of rabbits had 60% less atherosclerosis than the group as a whole, even though they ate the same diet. It was eventually discovered that the lab assistant who fed and cared for this particular group of rabbits took them out of their cages, petted them, and talked to them before feeding. The study was repeated twice with the same results and was reported in Science (Nerem, Levesque, & Cornhill, 1980).[3]

Love, closeness and caring in families is incredibly important for health and well-being: In a remarkable study, reported by Stephen G Post – (Director, Center for Medical Humanities, Compassionate Care, and Bioethics at Stony Brook University and President of the Institute for Research on Unlimited Love) 126 healthy young men were randomly selected in the early 1950s from the Harvard classes of 1952 and 1954 and given questionnaires about their perceptions of the love they felt from their parents.

Thirty-five years later, the men were followed up and 91% of participants who reported that they did not perceive themselves to have had warm relationships with their mothers had medically diagnosed midlife diseases (including coronary artery disease, high blood pressure, duodenal ulcer, and alcoholism), as compared to only 45% of those who reported a warm relationship with their mothers. In addition, 82% of those indicated low warmth and closeness to their fathers had these diagnoses too, compared with 50% who reported high warmth and closeness.

Astoundingly, 100% of those who reported low warmth and closeness from both parents had diseases diagnosed in midlife, whereas only 47% who reported both parents as being warm and close had midlife diagnoses. Post states: “Although this Harvard study needs corroboration, it points to the now widely accepted biopsychosocial model that being loved, cared for, and supported by others is critically important to health and treatment efficacy (Goodkin & Visser, 2000).”[4]

The researchers were keen to find out whether emotional stress can be correlated with premature ageing – as frequently people who are chronically stressed often look ‘haggard’. The researchers were particularly interested in whether stress has an effect on telomere length. Telomeres are DNA-protein complexes that cap chromosomal ends, promoting chromosomal stability. Think of them as being a bit like the plastic bits on the ends of your shoelaces – that stop your laces from unraveling. When cells divide, the telomere is not fully replicated because of limitations of the DNA polymerases in completing the replication of the ends of the linear molecules, leading to telomere shortening with every replication. Think of it as taking a photocopy of a photocopy – an how an image degrades with repeated copying. It was found that the women with highest levels of perceived stress caring for their chronically ill children had telomeres that were, on average, shortened by one decade.[5]

Selflessness and altruism lead to happiness and health. Retired people over the age of 65 Retires older than 65 who volunteered to help others rated significantly higher on life satisfaction and will to live and demonstrated far fewer symptoms of depression, anxiety, and somatization.[6]

Study after study shows that adult altruistic behaviour is associated with enhanced well-being, improved morale, self-esteem, and positive emotions.[7] Furthermore, studies show that there is also a reduction in depressive symptoms[8] among people who help others and higher levels of happiness, and evidence of enhanced overall wellness.[9]

There is a phenomenon called the “Helper’s High”: In fact, research by Luks[10] shows that two thirds of helpers reported a distinct physical sensation associated with helping:

The kindness of physical touch

The effects of doing kind and compassionate actions can be measured physiologically: Older adults massaging infants had measurably lowerl levels of stress hormones, including salivary cortisol and plasma norepinephrine and epinephrine.[11]

Even just watching kindness and compassion in action makes you physically more resilient – as does thinking about love. Students were asked to watch a film about about Mother Teresa’s work, or they were given the task (!) of “dwelling on love”. After the two tasks were undertaken it was found that there was a significant increase in the protective salivary immunoglobin A (S-IgA).[12]