Research into the Mind-Body Connection 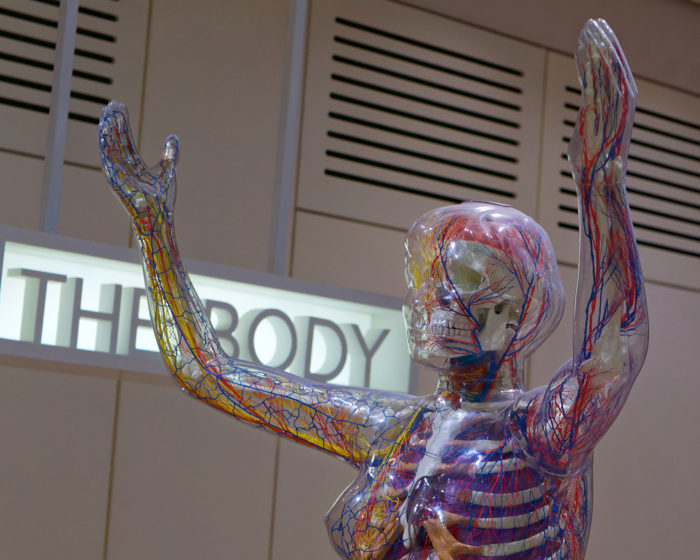 The mind-body connection means that thoughts, feelings, beliefs and attitudes can positively or negatively affect a person’s biological functioning.  In other words, a person’s mind can affect the health of their body.  Similarly, a person’s physical actions e.g. what they eat, how they exercise, and even their posture, can impact their mental state (again positively or negatively).  This results in a complex interrelationship between the mind and body.

As explained by Dr James Gordon (founder of the Centre for Mind-Body Medicine) ‘the brain and peripheral nervous system, the endocrine and immune systems, and indeed, all the organs of our body and all the emotional responses we have, share a common chemical language and are constantly communicating with one another.’

These messages tell the brain and body to make changes and adjustments to the way they are working as the mind and body are closely linked to each other.  This is not the same as saying physical symptoms are ‘all in the head’ or not real.  It means that thoughts and feelings can affect the body, and physical symptoms can affect how a person thinks, feels and behaves.

When discussing the mind-body connection, the ‘mind’ is not synonymous with the brain.  Instead, the mind consists of mental states such as thoughts, emotions, attitudes, beliefs and images.  The brain is the hardware which allows a person to experience mental states, and because of its connections via the nervous systems, mental states influence the brain, which in turn communicates with all elements of the body.

These mental states can be either conscious or unconscious, and we can have emotional reactions to situations without being aware why we are reacting.  Each mental state has a physiology associated with it – a positive or negative effect felt in the physical body.

At a deeper level, thoughts and emotions also carry vibrations which impact a person’s biochemical, cellular and overall physiological state.  At a physical level, the body is made up of atoms and water, which are in a constant state of motion.  Science demonstrates that thoughts, words and feelings can change the crystal structure of water and cells, which can then change their function. A study by Mollin McCraty (Modulation of dna conformation by heart focussed intervention) found that the type of vibrations or energy patterns that are carried by certain words and intentions were able to cause physical changes in DNA structure.  These affect how the genetic code is translated to make different proteins which then become the building blocks of the body, and is evidence of the power of language to influence the physical condition of the body.

When a person experiences emotional states such as sadness, joy or anger, physiological sensations occur in different areas of the body.  This connection is multi-directional.  Emotional experiences affect the way a person behaves and consequently, the physiology changes within different areas of the body.  In the other direction, a person’s perception of these emotion-triggered bodily changes also influences consciously felt emotions which feed-back in to the mind-body cycle.  Therefore, changes can be initiated either physically or psychologically, but each will influence the other.

The mind-body effect is either physical or psychological.  The following are examples:

The more research and understanding which is carried out in to the mind-body connection, then the more acceptable it will feel for patients to seek assistance and support through sources of conventional western medicine, including mind-body solutions.  The purpose of these therapies is to use the body to positively affect the mind through activities such as yoga, tai chi, qigong.  Since the 1990’s many of these interventions have gained significantly in popularity with complimentary and alternative medicine doubling in popularity within the United States between 1990 and 2002 (with over 65% of the population having experienced some form of intervention).

In order to use the body to influence the mind, many therapies encourage a person to become more aware of their mental state, and therefore learn to direct their thoughts in a better, less destructive direction.  However, there are many additional factors which influence the effectiveness of mind-body solutions,  and these include personal outlook, attitude and spirituality.  Clearly some individuals may benefit from such interventions sooner than others.

As discussed in detail by Deb Shapiro in ‘Your Body Speaks Your Mind’, a challenge faced by those who are open to the mind-body connection, is understanding the language which the body speaks.  If a person is perceptive to the message the body is sending, then they are better placed to decide on the type of healing which is required.  As the French psychoanalyst Jaques Lacan said, ‘Symptoms are words trapped in the body.’  There exists a wide array of techniques to increase awareness of this message, ranging from mindfulness, affirmations, dialoguing and body-mind writing.  However, any intervention which encourages an individual to psychologically explore how they are feeling internally, and then make the connection between their physical feelings and their psychological state, is the first step in an invaluable conversation which can lead to better wellness, and the strengthening of the mind-body connection.

Traditional western medicine has tended to treat the mind and body separately without full consideration to their influence over each other, however the increase in psychoneuroimmunology research (in some areas) over recent years is gradually evolving and influencing a more open-minded approach to the treatment of physical ailments.   It is now widely acknowledged in mainstream medicine, that in order to treat many physical conditions, psychological factors should also be considered in considering the cause effect and remedy for many common ailments.