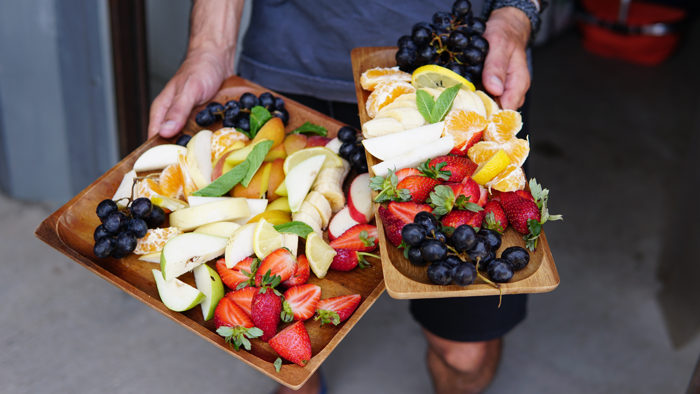 The mind and body connection is an incredibly complex study that has been going on since the beginning of time, or at least since the dawn of critical mind and human intelligence. Ancient philosophers believed that when the philosophy of the mind is examined, an individual’s intelligence which in their belief system is also the soul and the mind could not be explained in terms of the physical body. They all believed those were separate entities. In the same vein, modern philosophers like Rene Descartes believed the mind was to be distinguished from the physical body (brain). These philosophies gave rise to what is called “Dualism”- the relationship between mind and matter, in this case, the mind-body connection.

Not long after Descartes that psychology divorced itself from philosophy and became its own science as it strived to achieve quantifiable research and data which was never considered by philosophy. This field of study developed its own set of research and assumptions to explain the mind-body connection. Psychology eventually came up with a unique branch of psychology known as “neuropsychology.” Afterward, a new branch came which focuses more on the study of the mind-body connection, “Neuropsychoimmunology” or “Psychoneuroimmunology”- The study of how the mind affects health and diseases in human body became the primary focus of this specific area of study. To make this simple, and make this particular area of study easier, the general study of the mind-body connection in psychology has become known as ‘Psychosomatic.’ In breaking this word down to two parts, it means Psycho (Mind) and Soma (Body)

Most of the research and studies in Psychosomatics have been applied to psychology and stress management so individuals could better understand the role their mind plays in their illness or health. In another view, psychosomatics studies can also be described as a pathway to understanding the mind-body connection. This today, has led to the rise of a catchphrase in health studies ‘holistic wellness-the mind-body connection and how it leads individuals toward achieving better health.’

Furthermore, the mind-body connection specifically refers to the set of mechanisms through which an individual’s thoughts, emotions, or spiritual practices can directly impact the way the body functions. This describes the link between human’s mental and physical health that includes factors such as emotions, social interactions, belief system, and behavior. As a result, our thinking, viewpoints, outlook, and mindset can have a constructive or destructive impact on our biological functioning. In addition to that, positive thinking, feeling, and kind thoughts will make the human body function well while negative thought and feeling will invite pain and disease into the body.

Our thoughts and feelings (emotions) influence the body via two kinds of mechanisms: the nervous system and the circulatory system. These are the pathways of communication between the brain and the rest of the body. The brain reaches directly into the body via the nervous system and allows it to send nerve impulse into the body’s tissues and influence their behavior. The brain can thus directly affect the behavior of the immune system, with its nerve endings extending into the bone marrow, the thymus, the spleen, and the lymph nodes (Bachoura et al., 2014). It also reaches into the glands of the endocrine system, all the bones, muscles, all the internal organs, and even the walls of veins and arteries. It can influence the behavior of the heart, with its nerves penetrating the heart tissue, affecting heart rate, stroke volume, and other aspects of the heart’s functioning. The entire body is literally “wired” or driven by the brain 24 hours a day.

The brain also manufactures thousands of chemicals (neurotransmitters) and releases them into the bloodstream; these chemicals circulate throughout the body and influence the activity and behavior of all the body’s tissues. Every emotional state or reaction carries its own biochemical and neuromuscular signature. However, the autonomic nervous system does not discriminate between the stress of daily life and that of an actual imminent threat. It sends stress signals throughout the body that can often overload our systems-causing illness, anxiety, depression, or physical pain (Vlaeyen, 2000). The brain could be described as the ultimate pharmacy, producing many more drugs than science has ever invented (Engel, 1980).

If we consider negative conditioning this can affect our sense of Self, when we were very young we may hide feelings and emotions that are not honored by our families: we may even hide the emotions from ourselves. This is very possible for those that live in a family that is made dysfunctional with alcohol, abuse, drugs or domestic trauma; we have a need to develop an internal wall/resistance mechanism to separate us from emotions and feelings we were never intended to handle. As a result, a feeling deficit that started in childhood is likely to lead to seriously eroded self-esteem, destructive behavior patterns, and the development of behavioral, emotional, or physical symptoms.

The wall we erect at some point in our lives to isolate our feelings is reinforced to contain our disappointments; this structure denies us access to the Self we need for full participation in life. At some point in our adult life, we can be fortunate to notice what has happened to us and try to forge a peaceful coherence between our present and past. It is generally believed that adults usually deny the need for change until after they hit bottom, when they have nowhere else to descend to but go up, this may lead to the discovery of the wall and what lies behind it including the lost Self. It is sad to realise that devastation, at times, seems to be the only motivation for change meanwhile we can return to a non-judgmental state where failure carries no shame and courage to try, to dream and to succeed is accessible. In this state of mind, change becomes possible, and denial becomes unnecessary.

When the mind-body connection is successfully strengthened, it leads to the highest level of change, growth, and healing possible- a course of action that is born of desire, not imposed by will or desperation. When intervention is designed for the body as well as the mind, the individual and their life experiences are considered. This, in all, is the basis for mind and body medicine, and it is why it is absolutely important.