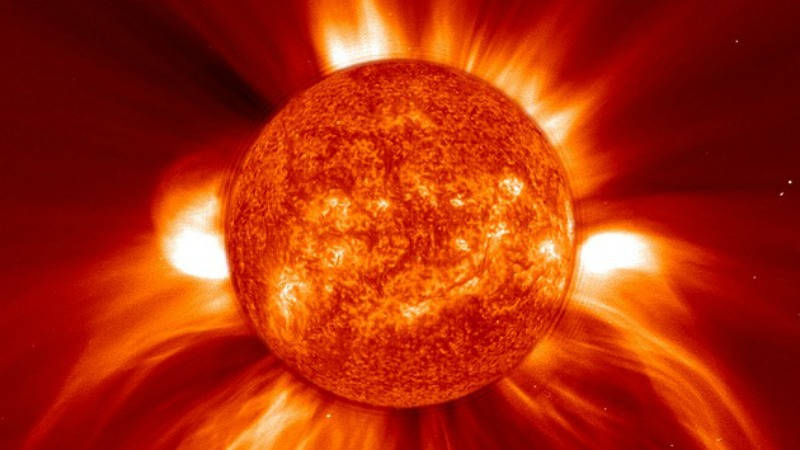 Carl Jung believed that our psyche (that is our intangible self) is made up of a conscious (our ego) and an unconscious mind (our creative self). He suggested that in order for us to become more aware of who and what we are at different levels we need to be encouraged to engage in a deeper interaction between our Ego and our Creative Self. This he believed would enable us to become more ‘whole’.

Jung promoted a process of transformation known as Individuation. Through the individuation process Jung believed that we as human beings could with the use of imagery engage in the development of an essential therapeutic dialogue with our unconscious minds. This he suggested would allow us to develop our individual psychological personality enabling us to be differentiated from other human beings.

The concept of active imagination was developed by Jung between 1913 and 1916. It has been described as a kind of waking dream or dreamlike state that happens in the absence of sleep. When we enter into this state of mind we are able to observe our conscious thoughts and actions as well as being able to gain access to thoughts and feelings that are not normally accessible to our conscious minds. Jung believed that this meditative technique allows the contents of our unconscious minds to be translated into symbols that manifest themselves as a set of often fragmented and disassociated images, parts of pictures, narratives or separate thoughts and emotions. Recognising and acknowledging the importance of these symbols represents a key stage in building a bridge between our Ego and our Creative Self. If we willingly allow this process of individuation to occur we invite the symbols created by our active imagination to take shape and thereby become assimilated into our whole personality. Jung considered this a completely natural healthy development that has the capacity to create a holistic healing effect upon a person’s mental and physical state.

As we get older I believe many of us search for a deeper more intellectually meaningful understanding of life. For me the need for more personal individualised expression becomes more profound. I desire the means to tap into a more spiritual awareness that will allow the thoughts, feelings and emotions of my unconscious mind to come to the surface so that I may challenge some of the more preset/entrenched ideas and confusions that have been created by my ego.

I feel that too many of us are all too readily and unquestionably conditioned by society to adopt what Jung regards as the persona-mask. For the sake of acceptance and approval we often play out or pretend ‘individuality’. According to Jung our persona mediates between our consciousness and the social community around us. It seeks to discover compromise so that we can find satisfaction in a belief that ‘we are as we are expected to be’. However, for some as we reach greater stages of maturity we become more aware that there is something missing, perhaps a deeper hidden part of ourselves that once exposed will help us to understand the true nature of ourselves.

Jungians would have us believe that these hidden elements of our collective unconscious include the Shadow; the wise old man, the anima; and the animus. If we invite and recognise the contributions of each of these opposite parts of the self, through their integration we should achieve greater balance.

The goal of active imagination by using visualisation is to facilitate the exploration of ourselves by engaging in deliberate concentration so as to release a spontaneous flow of metaphors. Jung believed that patients could use their active imagination to permit the thought-forms of the unconscious (inner self) to act out whatever images they wished to communicate. Jung referred to this process as ‘dreaming the dream onward’ as we adopt a way of freely associating from our original image, other images, thoughts and feelings as they arise.

During the first stage it is important that we are relaxed and focused; using a ritual such as progressive relaxation or a meditative technique like observing a lit candle can help us to achieve a state of active imagination. The Conscious Ego must be made to stand aside so that our metaphors are allowed to flow freely without critical judgemental interference.

Jung wrote: “the creative aspect of the imagination frees us from our knowledge of the nothing but, and raises us to the state of one who plays.”

It was felt by Jungians that we need to develop the attitude of a child at play. This means taking play seriously which many adults unfortunately find difficult.

Once contact is made with our Inner Self during the second stage it is important that we notice and acknowledge what is being communicated. To assist this process a notebook or tape recorder could be used to capture the images, or fragments of images that are brought to the attention of our Consciousness. It is then essential to give an external form to these emerging metaphors.

As a powerful dream image is continued in our imagination we could use many different means to express its various dimensions. Our choice of medium could include: drawing; painting; clay modelling; poetry; story telling; dance; and or music. The medium that we choose should be dictated by whatever feels comfortable to us at the time. However, it is suggested that if we are particularly skilled at one type of medium, we should try to avoid this because skill relates more to ego control rather than the expression of the unconscious.

It is interesting to note that Jung was a great supporter of the application of Art as a therapeutic resource. He proposed that art could be used to alleviate or contain feelings of trauma, fear and anxiety and that it could also repair, restore and heal ill patients. Jung wrote: Art expression and images found in dreams could be helpful in recovering from trauma and emotional stress’.

Jung often drew, painted or made objects and constructions when he himself felt distressed.

In the third stage our Ego needs to be encouraged to recognise that the content released from our Unconscious must be treated with care and respect. It is important to form a creative relationship between the Ego and the Self in order to try to understand the complexity of the images that have been revealed. This is when symbols become transformed into signs from which we can make greater sense. In order for this to happen Jung insists that we must become fully participant. He says: ‘You yourself must enter into the process with your personal reactions…as if the drama being enacted before your eyes were real’.

In the fourth stage it is important that we do not continue to live unconsciously. We need to work with the meaning that has been revealed by our images so that we strive towards a deeper understanding of who we really are and what we can become.

It is important to acknowledge that the process of understanding the imagery of our inner self is highly complex. Understanding takes time and the images that are created are often complicated in multi-dimensional shapes. Meaningful understanding is not always instant and it is often necessary to revisit images over and over again before understanding becomes apparent.

There are a number of criticisms of the use of active imagination. Jung himself states: ‘The method is not entirely without danger, because it may carry the patient too far away from reality’.

The findings of post-Jungian Michael Fordham are very worrying. He suggests: ‘active imagination, as a transitional phenomenon …can be, and often is, both in adults and children put to nefarious purposes and promotes psychopathology’.

In the past I have had much experience of the use of imagery whilst working with children. Students who willingly participated in visualisation sessions often commented afterwards upon symbols that were revealed to them. One particular student felt that he was being given a very important message by someone whom he loved and respected. Acting as a neutral facilitator rather than someone who suggests potential meaning I asked him what he thought the symbols he was encountering meant. After a little time for reflection he said up to that point he felt selfish and that he had not been listening properly. He further commented that this made him feel guilty and sad. The session ended with him saying I feel that I need to do something positive like show this person that I really care and love them.

Almost all of the students who participated in these sessions emerged tired (perhaps from the depth of their focussed concentration) but they always stated that they felt refreshed and often enlightened. My only concern with these sessions was that I never really felt that there was sufficient time to fully explore the meaning of presenting images.

In conclusion there is sufficient research to suggest that if handled sensibly the use of imagery can be most beneficial. I particularly like the statement made by William James (1842 – 1910): ‘The greatest discovery of my generation is that human beings, by changing their inner attitudes of their minds can change the outer aspects of their lives’. I believe it is true that we can tap into the inner knowledge, insight and wisdom of our inner minds and once we have silenced the incessant chatter of our busy external minds we can listen to and receive very important insight from this most valuable source. I am still learning how I can tap into the messages that are coming from my own inner self. This is a fascinating journey as I explore what I consider the second part of my own life.