Coaching The Coach: A Developmental Journey 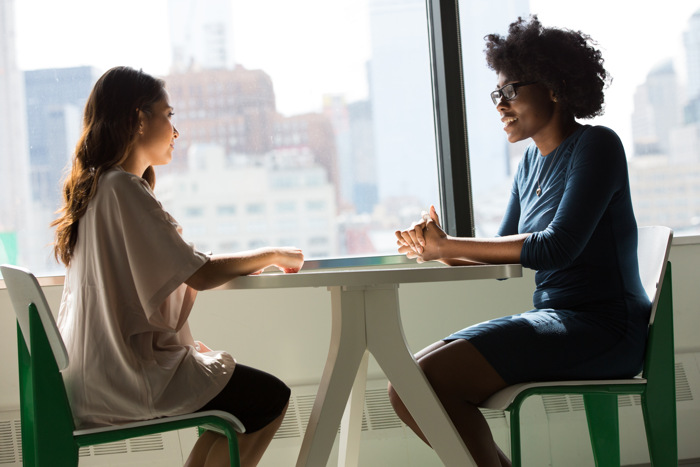 Coming from a background of working with vulnerable adults, I have always considered the experience of coaching from the coachee’s perspective, and implemented coaching skills within my practice. When doing so my thought has been, ‘What question can I ask that will enable my client to get the most out of the session?’ So, when it came to my coaching training I naturally had the same thought. However, when I sat in the other chair as a coachee, many further perspectives opened up.

Why Did I Decide I Needed to Work with a Coach?

Last year I left a job where I was bullied by a colleague for nearly 3 years. The bullying started with my ideas being shut down and it progressed to the colleague controlling my role. By the time I left my personality was constantly being attacked, as the bullying became very personal. As a result, I went from being a confident person to lacking self-esteem and confidence, second guessing decisions I made even in my private life and suffering from stress and anxiety. Eventually, I approached my manager for support, but unfortunately I was advised to ‘toughen up.’ On hearing this, my immediate thought was, ‘I have been tough for three years, how much more can I take?’ In that moment I realised I had to take action for myself; even then, it took me a while to get to do so.

One Sunday evening I started to reflect on my future aspirations. I wanted to be a coach more than anything, but as I continued to reflect I realised that the more I was bullied the further away I was being pushed from my dreams. For a few nights I had had a recurring dream of a giant toilet with bits of paper with words such as life coach, business women, confidence and love being permanently flushed away. I knew I needed impartial advice, guidance and support. The only organisation that I knew would be open on a Sunday night was the Samaritans. The gentleman on the other end of the line was very helpful. Midway through the conversation I had light bulb moment. I told him that I would be leaving this job. All the financial insecurities that were holding me back had left me and I decided that I would leave to focus on my dreams, even though I faced the possibility of earning far less money. I realised I would rather leave than watch everything including my sanity be flushed away. I wanted the old me back. Shortly after my revelation I handed in my notice, had counselling, and then I started working with a coach.

I am a great believer in taking steps to heal after suffering trauma. As a coach I was not in a fit emotional and mental state to be of service to anyone. If you are a coach or a coach in training always remember that you cannot effectively coach if you are not in good mental health. You cannot give what you don’t have. As coaches we need to be practising what we preach, when it comes to being proactive in regards to our own wellbeing. I decided that my best course of action was to put a pause on my training to pursue my own wellbeing.

In this chapter I will be taking you through my experience of being the coachee. The coaching process presented challenges I did not anticipate and triumphs I could have never imagined. I will be sharing with you some of those challenges, how my personal and professional development was impacted and how spirituality can benefit the coaching process. As a coach in training the experience has been invaluable both in a personal and professional capacity.

The Challenge of Being the Coachee and not the Coach

There were so many challenges I faced as the coachee. The first was at the initial stages of coaching. I was asked by my coach to state my goal: I stated that it was weight loss. At this point I imagined that I would be guided to write an amazing plan which would set me up for a week of unstoppable success. I would then come back a week later, informing her how well I had done and showing how easy it was to stick to the plan. I envisaged a coaching session where the coach would have to ask me few questions as I already had figured out my next step. It doesn’t take a genius to work out that that way of thinking was flawed in so many ways. It is the nature of coaching to ask the right questions, but this meant I felt that I was explaining myself over and over again. It was a little annoying because, as a trainee, I felt I knew how this process should go. In actual fact the coach was trying to get me to be specific rather than generic with my responses.

Then came the ending of the session. The time when I had to be accountable. We had made the plan for the week of what I would eat and when I would exercise and a timetable had been drafted within the session. However, it wasn’t specific enough. I was then asked the W questions. When will you start, where will you do it and how? If I was not specific enough I had to give reasons and I was asked if I could commit myself to the task. I found these questions particularly frustrating because it made me more accountable to myself and there would actually be evidence if I had not fulfilled what I set out to do in an agreed time frame.

On analysing how I was feeling I realised that I wanted control of the situation. For so long I had relied on my own intuition in order to make the right choices. So, naturally my safe place was to do the same in this situation. But that didn’t make sense: I had sought out a coach to help me reach my goal. I also found that I felt as if I would be leaving myself in a vulnerable position if I allowed someone else to help me. You might say, ‘But Rachel you have had counselling so you should be okay with this process.’ My response to that would be that with counselling you can just talk about your feelings. You don’t necessarily leave with a goal in mind, but rather you have offloaded. With coaching I felt that I was allowing someone else to take control of me.

What steps did I take to overcome this challenge?

My second challenge was re-evaluating my definition of success. I spent a period of time having weekly coaching sessions. At times I did not meet the goal set. When this happened I would always worry and doubt my capabilities. Not only would I feel upset about not reaching that week’s goal, but I would think about other goals I had not met in the past, resulting in my feelings becoming more intense. My coach constantly reminded me of how much I had achieved and made me look at the situation as a part of life and not look at myself as a complete failure. One way she achieved this was by asking, ‘Where is the evidence for this?” More often than not I would find that there was no evidence to suggest that I was a failure, but rather life had simply got in the way that week.

During the course of coaching I also realised that my definition of success stemmed from the bullying I had experienced. If I did not do what my colleague wanted done at a certain time and in a certain way I would be reprimanded for it, and told that I was not as good as other colleagues. This approach made me feel as if there was only one way to do things and without realising it I had applied this unhealthy principle to my life.

What steps did I take to overcome this challenge?

Spirituality as part of the Coaching Process

Spirituality played a major role in my coaching experience. Spirituality means different things to different people. For some it would be found in practices such as meditation and others a connection with God which may be with or without organised religion.

My spirituality comes from a connection with God. Before my first coaching session I was given an outline of what to expect. My coach made it clear to me that she is a spiritual person. As we explored my spirituality we both connected and I knew that she was the right coach for me. She understood that my core (spiritual) beliefs would play a major role in my journey and she sought to understand them. This contributed to me trusting her and trusting the process. There is nothing worse than allowing yourself to be in a position where the other person really doesn’t understand you. It really breaks the rapport. There were often times when I would get stuck coming up with a strategy for completing a new task. My coach would ask, ‘What would spiritual Rachel say to you right now?” I found that question so powerful as it brought me back to my core beliefs and enabled me to see through a bigger lens. At times we are so busy looking at the negatives in the decision we are going make, but when we add spirituality we focus on becoming better and that sense of purpose can serve as a guide within the decision-making process.

The Effects of Coaching on my Personal Development

When I started the coaching process I was completely oblivious to the personal development that would take place. Here are just a few of the many changes that have happened in my life:

How has Personal Coaching Influenced my Journey as a Coach-in-Training?

Having sat in the chair of the coachee has had a great impact on the way I view the coaching process as a coach. I have so much more respect and admiration for anyone who embarks on a journey of personal growth. It’s such an honour to be chosen by someone to be their guide as they journey on their road to success.

Key Points to Consider and Remember

Rachel has a passion for supporting people to meet their full potential. She began her career within the field of mental health while studying for her degree in psychology and counselling. Since that time she has worked with adults with learning disabilities and those recovering from substance abuse and alcoholism. Rachel’s passions for wellbeing stems from her own fitness journey and from promoting wellbeing to others. She is currently completing her certification as a personal trainer. Rachel hopes to incorporate wellbeing coaching into her practice as a personal trainer when she qualifies.