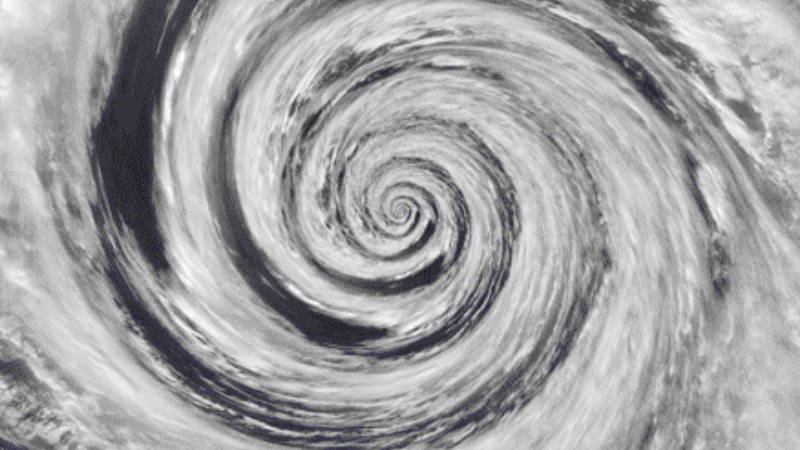 From magnetic fields and plants to galaxies swirling in space, spirals can be seen in every aspect in nature including the horns and shells of animals which grow in spiral formations.

The visual motif of the spiral is one of the oldest and most enigmatic sacred images known, first appearing some 24,000 years ago. Some of the oldest examples of human art are depictions of spirals, painted or carved into rock, often found in burial sites. Later, the Romans and Greeks used spirals as designs for vases and the columns in temples. The Celtic and Norse people were known for the repetitive designs found on their jewellery, clothing, weapons, objects of worship and everyday items. The Celts painted spirals on their bodies with blue dye to intimidate enemies during battle. It is an important feature in some Australian Aboriginal works, often drawn as a coiled snake. The Islamic tradition prohibits depictions of people or animals, so spirals feature as an important element in the mathematically-governed Islamic designs. Spirals also feature in oriental and Indian clothing and pottery.

Today, the spiral still runs deep within our culture and has come to symbolize magic, dreams, desires and eternity. When a spiral is drawn on paper and then turned, it creates the illusion that it is twisting forever away or towards us. The repetitive animation of a twisting spiral also evokes deep relaxation and calm, which accounts for the spiral’s close association with the art of hypnotism.

The spiral has a universal appeal, and is an indication of resonance with the human psyche. Its early association with the Mother Goddess (it is often found with, or on, small stone carvings of the Goddess) suggests some kind of connection to the mysterious and miraculous process of life which is embodied in the Feminine – the door through which life enters this world.

In an abstract sense, it is indicative of time. For early people, the passage of things was always around and around – night follows day – the seasons come and go and return once more – lives come into being and go out of being with new life coming into being again.

A circle – tracing the same arc again and again – is a static thing and doesn’t really describe how we perceive time. We remember what happened last year, and the year before that; those past tracings of the arc are not erased by new tracings. The seasons come back upon themselves as they do, but all the ancient seasons are inside the new season.

Within the spiral, the cyclical rotations of time seem to wind around all the previous cycles, on an infinite journey to whenever time is going. So perhaps the first people saw in the movement of a spiral, the image of time as that direction of events that brings into being, beckons out being, and then regenerates new being again. Just like the moon that comes into and goes out of being, but is always reborn again; just like the plant which dies, but in the dying yields a seed to be planted in the womb of the earth for regeneration – a source of nourishment for human regeneration. It was this regenerative aspect of the spiral of time that suggested the association with the Feminine.

The winding passage to the centre (labyrinth) is a prominent theme in sacred stories everywhere. In the concrete sense, the labyrinth spiral is like the caves in which early people lived. Those caves which protected from predators and weather. It is likely that the only safety and rest those early humans knew was found in the mysterious, winding recesses of the caves. It was there that food was prepared and eaten, there that clothes were made, there that the forces of nature were honoured in ritual and there that new human life was brought into the world. Palaeolithic man lived in the womb of the Mother Earth Goddess: caves of regeneration and transformation.

But here is an abstract sense of the labyrinth spiral. It is evocative of the choices we must make to find our way out in the world and the choices we must make to find our way within to the tangled maze of our own psyches. The “Mystical Centre” (Axis Mundi, World Tree) is understood to represent a still and silent state of being – the motionless heart – the focal nucleus around which spirals the whirling hurricane of space and time. It is the source from which all things come, and to which they endeavour to return for regeneration. The Mandala Spiral is a symbolic representation of a spiritual journey to a place beyond the visible world.

The spiral is an ancient symbol of evolution, one of the oldest pagan symbols in existence. It represents the cycle of the seasons and the cycles of Life, growth and change. Although each loop of the spiral brings us back to the same place, it takes us to a higher and more evolved level at each turn. A spiral is a cycle as it moves through time. A spiral is movement around and beyond a circle, always returning to itself, but never at exactly the same place. When you walk the spiral, you are walking your unique path of self discovery.  The next step is the unknown place of transformation.  As we take the next step that creates the spiral to renewal, we gain new insight, knowledge and skill.  We may momentarily slip from the spiral into the void where we believe we are lost.   In these times of change we need to find a sense of stability and reassurance.  Then we find our way back onto the spiral path, to heal and integrate ourselves into wholeness before walking the spiral once more.

Being on the spiral path will remind you that you can learn things, and you can leave them, go around, and return to them and learn more. Going around a loop of life adds experience and wisdom to your journey. Revisiting events and items from your past permits you to see them through the filter of experience. Yes, you’ve been there and done that, and learned from what happened. This allows you to be compassionate when others go through the same trials you’ve gone through. And it allows you to anticipate any difficulties ahead on your own life path, and prepare to endure them.